Here's another proof from BGR, they have leaked a screenshots of the upcoming iOS 4.3.1 which has been tested by someone inside Apple. According to the source, iOS 4.3.1 will simply fix bugs and battery life improvement. You can check out the changes from iOS 4.3 after the jump. 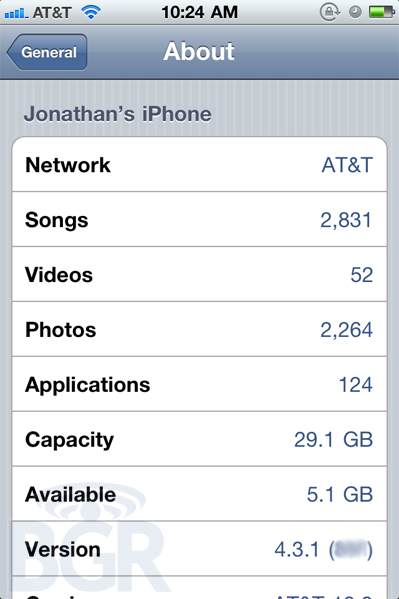 
The source also still confirming that Apple will release iOS 4.3.1 between one to two weeks, stay tuned.